Cleveland Cavaliers had issues in locker when Tyronn Lue took over the head coach position from David Blatt. It was so bad, according to Lue, that he didn’t want the job.

After going all the way to the Finals and eventually losing to the Warriors, the following season it was a public secret that things are not good within the team.

Mainly because the star of the team, LeBron James, didn’t trust coach Blatt. When the Cavs were 30-11, the team parted ways with Blatt and promoted Lue, then assistant coach.

Lue, a member of staff, knew things from inside and wasn’t at all excited to take over from Blatt, via Bruno Manrique of ClutchPoints:

“I couldn’t believe it,” Lue told Joe Vardon of The Athletic. “He said he was going to hire me as the next head coach. And I didn’t want it. I was scared of — the locker room was a mess. There wasn’t togetherness. I knew it would be a tough task. I knew all the pressure that would come along with it.” 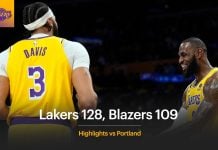