The Orlando Magic have reportedly shown interest in trading for DeMar DeRozan to help bolster their struggling offense.

Kevin O’Connor of The Ringer reported that “Multiple league sources say the Magic are scouring the trade market for scoring help and have already expressed interest in trading for DeRozan.”

O’Connor also reports that “it would surprise none of the front-office executives” he spoke with if the San Antonio Spurs opt to move DeRozan.

DeRozan can become a free agent in 2020 by declining his player option, but the Spurs could look to trade him sooner if they don’t want to lose star power for nothing in return.

Trading DeRozan would also allow the Spurs to focus on their young players.

These players include Dejounte Murray, Lonnie Walker IV and Derrick White who are on the NBA roster, as well as rookies and G League players Keldon Johnson and Luka Samanic.

The Spurs are in an odd spot, as they have enough talent to compete for a playoff spot, even in the loaded Western Conference, but they are seemingly not championship contenders due to a lack of elite players in a league full of them, especially when it comes playoff time.

A trade could give the Spurs pieces for the future who would be able to immediately play with their young players.

DeRozan is averaging 19.4 points, 4.9 rebounds and 4.9 assists per game on 49.3 percent shooting and would become the go-to scorer for the Magic who have a limited number of reliable guard and wing players.

The early struggles of Terrence Ross have also made the need for more scoring fire power alongside Evan Fournier and Nikola Vucevic more imminent, making this potential DeRozan trade something to keep an eye on as the season progresses. 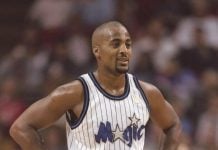