Ohio State University senior David Lighty is one of the names in Dusan Ivkovic shortlist for the shooting guard position of Olympiacos.

Lighty averaged 12.1 points, 4 rebounds and 3.3 assists in 32 minutes of playing time, over thirty seven games in his last NCAA season.

The 23 year old guard/forward was also a member of the USA U19 national team which won the silver medal in FIBA U19 World Championship in Novi Sad, in 2007. In the said tournament he played the small forward position, which he can also cover.

The fact that he was not picked in last night’s draft makes it all the most likely that he will start his professional career in Europe. Another factor his name could move up in Olympiacos’ shortlist is that another candidate for the SG/SF position, Devin Smith was signed by Maccabi Tel Aviv yesterday, while another candidates, Alan Anderson, does not inspire coach Ivkovic due to his playing style.

Olympiacos can afford to sign two Americans this summer, even if they keep Lucas and long gone are the days that the club pursued established and highly paid NBA players. So the club, which will reduce their budget by 30%, is looking for affordable solutions.

On other positions, Darjus Lavrinovic agent has confirmed the great interest Olympiacos is showing in his client. Yesterday’s incident with Bourousis and his certain release by the club will make The Reds to look for two centers in the markets, instead of one. Other candidates for the position include Boniface Ndong and Milovan Rakovic. 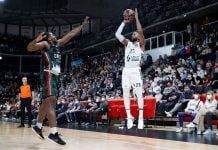 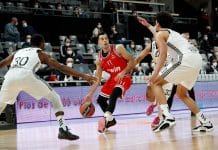