According to NBA commissioner David Stern NBA plans to expand to Europe in the next ten years.


In a public speech in Miami Stern when asked about NBA in Europe said: “It’s a wonderful topic, because 10 years ago, I said, ‘Oh, it’s inevitable, it’ll happen in 10 years. And now what I’m saying is, ‘It’s inevitable, it’ll happen in 10 years.’ But in terms of globalization, we’re going to see a desire for franchises in Europe — and in about 10 years, you’ll send me a postcard.”

NBA has set its eyes in Europe long time ago, but lately they seem to be more active, playing in NBA Live Europe Tours, playing friendly games between NBA clubs in Western Europe and even scheduled an NBA regular season game between New Jersey Nets and Toronto Raptors in March in London. The same city will host more NBA official games prior to 2012 Olympics.

There will be a record high of 84 non-Americans playing in NBA this season, many of whom are Europeans.

Orlando Magic’s Marcin Gortat was not so excited about the prospect of Europeans teams in NBA due to long trips, stating: “That’s impossible. In my opinion, that’s impossible. That’s just too much travel. I would just want it just to stay the way it is right now. And if we have to, just maybe expand from Canada.” 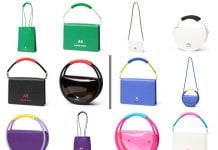 Frank Vogel excited about the return of LeBron James