“EASL is excited to hold EASL Champions Week in Japan, in collaboration with the B.LEAGUE after over three years of no games on the court due to COVID.” said EASL CEO Matt Beyer. “Basketball continues to rise in popularity in Japan and across the region, and EASL Champions will provide a foundation for our home-and-away season beginning in October 2023.”

A total of 10 games will be played in Japan from March 1-5, 2023. The reigning Japan B.LEAGUE champions, Utsunomiya Brex, will host the first six games of the Group Stage. The Ryukyu Golden Kings will host four games total; two Group Stage games as well as the Championship and third-place game on March 5 in Okinawa in their new stadium, which is also a 2023 FIBA World Cup venue.

The following table is full schedule of EASL Champions Week:

EASL is finalizing broadcast deals with top indigenous broadcasters in all core EASL geographies and globally. Further news on how to tune into EASL Champions Week as well as where to purchase tickets will be released soon. 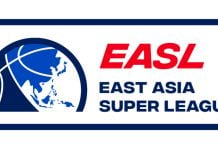