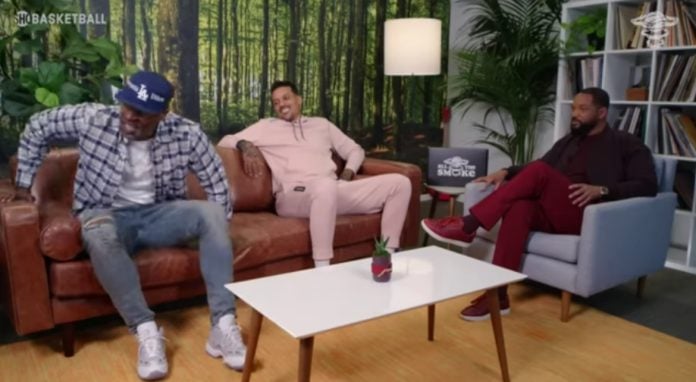 Will Smith hasn’t made many appearances since slapping Chris Rock on stage at the Academy Awards earlier this year. But the rapper and actor has been extensively interviewed by former NBA players Stephen Jackson and Matt Barnes in an episode of ALL THE SMOKE that drops this Thursday.

You can see a teaser right below:

This could be the most-watched episode of ALL THEM SMOKE since the podcast debuted in October 2020. Smith has apologized since slapping Rock back in March but hasn’t had a lot to else say; it’s definitely a must-watch for folks keen on hearing his side of the story.

Of course, Smith’s new movie, Emancipation, is set for release on December 9. We imagine he had plenty to say about that.