Basketball is a sport that is played by two teams of five players each. The game’s object is to shoot a ball through a hoop, called a “basket,” and score points by doing so. The team with the most points at the end of the game wins.

Basketball is a popular sport for several reasons, including the following:

It Is Relatively Easy To Learn How To Play

Basketball is relatively easy to play as long as you have access to a hoop and a ball. All you need to do is learn the basic rules of the game and practice shooting the ball. Once you have mastered these basics, you can start playing games with friends or family members.

It Is A Fun Sport To Play

Basketball is a fun sport to play because it is fast-paced and exciting. There is a lot of basketball scoring, making it enjoyable to watch and play. Additionally, playing basketball can be a great way to get exercise and stay in shape.

It Is A Popular Sport To Watch

Basketball is also a popular sport to watch. Many people enjoy watching basketball games on television or live at a stadium. Basketball is typically played at the professional level in the United States, meaning there are always exciting games to watch.

What Are the Rules of the Game?

Basketball is a popular sport for many reasons. One of the main reasons basketball is so popular is that it is relatively easy to learn the game’s rules. Unlike other sports, such as football or baseball, basketball only requires a small amount of equipment and can be played in a relatively small space making it ideal for backyard pick-up games or impromptu games in the park. The rules of basketball are also relatively simple and easy to understand, making it a sport that can be enjoyed by people of all ages and skill levels. Below are the basics of the game:

Once you understand these basic rules, you can start playing the game.

Are There Risks To Playing Basketball?

Yes, there are risks to playing basketball. The most common injuries are strains and sprains, but more serious injuries can occur, too. This is because basketball is a high-impact sport that involves running, jumping, and sudden changes in direction. However, the risk of injury can be reduced by taking proper precautions, such as wearing the right shoes and using the right equipment.

Another risk of playing basketball is dehydration. This is because players lose a lot of fluids through sweating. Dehydration can lead to cramps, fatigue, and dizziness. It is essential to stay hydrated by drinking plenty of fluids before, during, and after playing basketball.

Basketball is a popular sport because it is a great way to exercise, socialize, and have fun. Make sure you take the necessary precautions to avoid injury and dehydration.

What Does It Take To Become a Better Basketball Player?

Becoming a better basketball player doesn’t happen overnight. It takes a lot of hard work and dedication to improve your skills and reach your full potential.

There are a few things that you can do to become a better player. First, you need to practice as much as possible. Shooting hoops in your driveway or playing pickup games at the park will help you develop your skills. You should also try to play against better competition to challenge yourself and improve your game.

In addition to practising, you must pay attention to your diet and fitness. Eating healthy foods and staying in shape will help you be at your best on the court.

Finally, you need to have the right mindset. Believe in yourself and don’t be afraid of failure. Remember that everyone makes mistakes and that’s part of the game. Just keep working hard and you’ll eventually reach your goals.

By keeping these things in mind, you will surely be able to enjoy basketball as a sport. Try it out today and see for yourself! 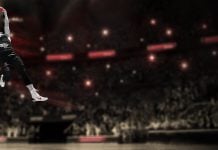 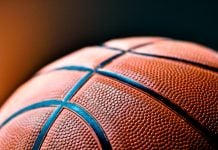 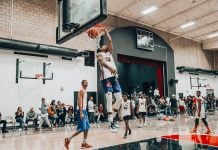 The History of Basketball and All the Facts About It