In two days, the Euroleague’s Most Valuable Player for the 2014-15 season will be revealed in front of thousands of fans and several members of the media at the Casa de Correos in Madrid’s heartland.

It’s the second time in two years that the award ceremony will be staged in the public domain, which is a breath of fresh air from the usual ballroom-style tradition that the Euroleague used to put on, with invitations to major broadcasters only.

The open plan ceremony will officially tip off the Final Four proceedings on Thursday, as several candidates have valid shouts for the MVP award.

Marjanovic has been a walking double-double [16.6 ppg, 10.7 rpg] for Red Star this season, as they have enjoyed a solid season, where the Serbian giants reached the Euroleague’s Top 16.

After several seasons in the NBA, De Colo settled quickly into the Euroleague and was one of the main threats for CSKA Moscow as they enter this week’s Final Four having only lost three games. The free scoring Frenchman has averaged 14.2 points an outing in that time.

As the Euroleague season has progressed, Milos Teodosic has gotten better and better. In the Playoff series against Panathinaikos, the Serbian magician stepped up his game, which signifies trouble for Olympiacos.

From two-point range against Panathinaikos, Teodosic was 6/7 over the four games played and he shot 40 percent from three-point land. He averaged 6.8 assists as well, but it doesn’t even touch the surface of how he led the Russian side throughout the Euroleague season.

Teodosic has averaged 15 points, 7.1 assists and has maintained a steady +16 overall in the index rating.

The Greek warrior has proven once again that he is Olympiacos’ most valuable asset. A true leader, a scorer in multiple ways and his defence continues to improve without needing to bulk up the statsheet.

And those factors have been one of the main catalysts in Olympiacos’ third Final Four appearance in the last five years. And each time they’ve played CSKA Moscow in the grandest stage of all European club basketball; they have come out champions – with Spanoulis named MVP – both times.

Serbia has enjoyed a fantastic year. Silver medallists at the FIBA World Cup, Red Star enjoying a stellar season in the Euroleague and the best season of Nemanja Bjelica’s career. He has stepped up for Fenerbahce and we have seen possibly his best basketball so far from the 27-year-old.

The forward averages 11.9 points and 8.6 rebounds a game heading into Friday’s Final Four, but it’s Bjelica’s overall consistency and game-winning prowess that has made one of the Euroleague’s most valuable players.

Plus, he’s led his team to a first ever Euroleague Final Four.

Kaunas and Berlin to host next two EuroLeague Final Fours 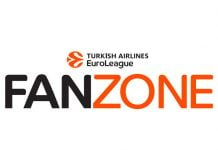