Former number one draft pick Blake Griffin’s career has been on decline over the last few years. He averaged 24.5 points, 7.5 rebounds and 5.4 assists in 35 minutes per game for the Pistons during the 2018-2019 season.

Since then the forward has been dealing with injuries and struggling to get an important role on a team. He spent the last a year and a half with the Nets where his numbers declined even further.

Last season Griffin averaged 6.4 points, 4.1 rebounds and 1.9 assists in 17.1 minutes over 56 games for Brooklyn which was his worst numbers in his NBA career so far.

According to NBA insider Kristian Winfield, the player, previously famous for his freakish athleticism, received low minutes from head coach Steve Nash due to his poor shooting.

Via Gautam Varier of FadeAway World:

“There’s something about Blake Griffin that Steve Nash doesn’t like. I’ll just say that. Maybe not like, but doesn’t feel is deserving of minutes on a basketball floor. I mean you had Blake Griffin basically just wasting away most of the second half of the season because he couldn’t hit a shot. That’s what it was, he missed, I don’t remember, it must have twenty or twenty-plus straight open threes to the point where people were just daring him to shoot. He did everything else pretty well, we’re talking about hustled, grabbing rebounds, making the right passes, he did those things well, but for Steve it boiled down to, he just couldn’t hit an open shot, and that was a liability so that was it. I think that’s probably why they didn’t sign him because why sign him if you aren’t going to play him?” 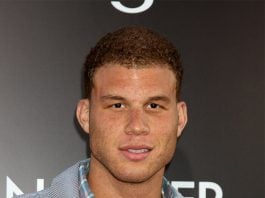