After winning his second NBA championship with the Lakers in 2020 J.R. Smith was not given another chance to stay in the league.

Eventually he decided to retire and focused on another sport – golf. According to the 36-year-old former shooting guard, he was ‘100 percent’ blackballed from the NBA.

Via Pierce Simpson of Complex:

Despite all of that, it seems that J.R. Smith has been remembered only for his worst moment on the floor, as his Game 1 blunder in the 2018 NBA Finals seems to play in perpetuity. A moment that has followed J.R. throughout the rest of his tenure in Cleveland, throughout another championship—this time with the Lakers—and to his sudden exile from the league. Something he feels was deeper than just his play. When asked if he feels he was blackballed from the NBA, J.R. was as candid as he can be. 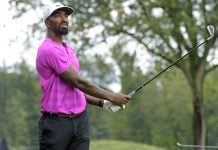 J.R. Smith: “We was blowing (marijuana) down in there”

Are there any basketball players who are crazy about online casinos? 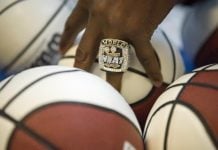