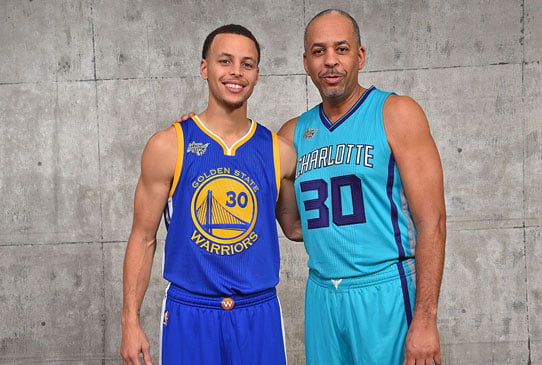 If there is one team that Stephen Curry will consider to play besides the Warriors, it’s definitely the Hornets.

And the reigning Finals MVP made it known after claiming the keys of the Charlotte City recently.

“I’ve always said I wanted to finish my career at Golden State because of how much it means and the experiences and teammates and the journey we’ve been.

“Everybody asks me, ‘You wanna play one year for the Hornets and come back?’ … I am not breaking any news right now, I’m not making any promises. All I would say is if there was a team that I did want to play for that was not named the Warriors, that would be it.”

Given his existing roots to North Carolina and that close influence from his father, Dell, this kind of thinking by Curry is already expected.

But there is no absolute reason for Curry to pack his bag and leave the Bay Area. After leading the Dubs to its reemergence to their basketball dynasty, the future hall of famer is no doubt have already cemented his future there.

The Warriors remain poised to contend for years to come, with a mixture of veteran presence and talented cagers. As long as the club maintains their robust standing, their cornerstone will continue to raise his commitment.