The Lakers are far from being an elite NBA team with the way that their roster is built, says NBA insider Brian Windhorst. According to him, it will be a struggle again for Los Angeles to make the playoffs.

It will require for LeBron James and Anthony Davis to remain healthy and play great for the Lakers to have a chance at making the postseason.

“I think [projecting Lakers to be a Play-In team] is kind of generous,” Windhorst said on ESPN’s NBA Today. “That’s believing that the Lakers are going to get a mostly healthy season from Anthony Davis and LeBron James.

“Unless those two are playing at a very high level, with the roster that they currently have, the Lakers are going to have to be great to get into that playoff situation.

“The supporting cast that they have assembled is just really kind of haphazard. They have a new coaching staff, they’re going to have a whole bunch of new players and new alignments.

“They’re really going to need LeBron and AD to carry them to a bunch of wins in a Western Conference that is going to be highly, highly competitive.” 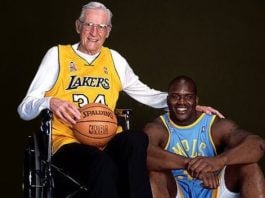