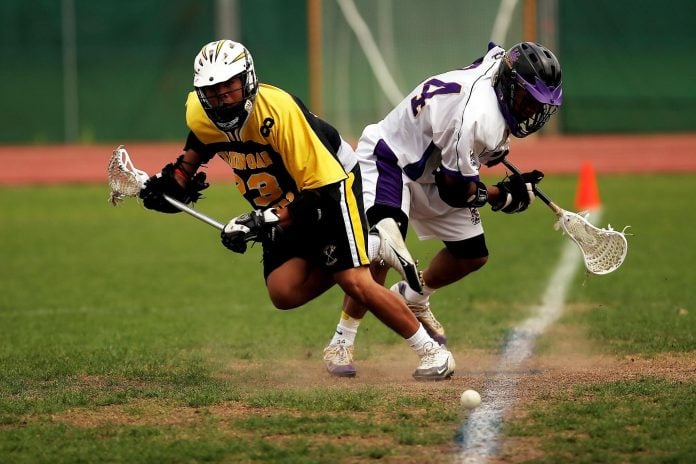 Lacrosse has become very popular over the years due to its simple rules and high level of skill required to play the game.

The sport involves two teams competing against each other using sticks (lacrosse balls) to pass the ball back and forth between them. This game requires speed and hand-eye coordination.

There are several benefits associated with playing Lacrosse. These include improved cardiovascular health, increased muscle strength, and better balance.

In addition, players who regularly engage in Lacrosse games tend to perform better academically. But that’s not all. Even those who play other sports, for instance, basketball players can be benefited from playing this game too.

In fact, lacrosse practice is one of the most beneficial ways in which basketball players can enhance their prowess. Read this article to find out how!

What Is a Lacrosse Game?

Lacrosse (French: “the crosier”) s is a competitive, contemporary variation of the North American Indian game of baggataway, where two teams utilize rackets with long handles (crosses) to take, carry, or throw the ball across the field or towards the goal of the opponent. The uprights and an unbroken crossbar that frames a net determine the goal.

The main feature of the game’s design is the crosse (lacrosse stick) which is the device that is used by gamers to transport, catch, and then pass the ball. There are mainly two types of lacrosse games played:

Field Lacrosse is played on the field. And its time, field measurements, and rules are different from box lacrosse. So, what exactly is box lacrosse, anyway?

Two teams play Box Lacrosse, known simply as Lacrosse in Canada, with six players per team (5 runners and one goalie). “Boxla” is a short hand-written text-based term coined around 1970 by journalists who covered the game.

Boxla is typically played on ice hockey courts when the ice is cleaned or covered. The playing field is known as the box. In the USA, the sport is known as ‘Box Lacrosse.” It can be played in indoor or roller hockey arenas.

What Are the Differences Between Playing Box Lacrosse and Field Lacrosse?

Let’s take it apart a more. First, the box in Box Lacrosse is smaller than the field in Lacrosse. Moreover, the goals are 4 by 4 feet in the former compared to 6 x 6 in the latter, and there aren’t any D-poles on the field.

All of these factors mean you must be precise in your footwork and stick handling. This article will examine how this affects basketball players and what it means for offensive players, defensive players, and the entire team.

Basketball is a sport that is played between two teams comprising five players on a rectangular court, generally indoors. Every team attempts to score points by throwing the ball over the opposing team’s goal, a raised horizontal hoop and net referred to as the basket.

Similarities Between Lacrosse and Basketball

If you’re a big fan of Basketball and Lacrosse, you’ll be able to see the patterns and similarities between them. These similarities go beyond the fact that both sports involve the ball being thrown into the net.

Below are the main similarities between Lacross and Basketball.

When playing offensively, players in both Lacrosse and Basketball move the ball similarly. In addition, basketball terms like spacing, moving, passing, and cutting are also used in Lacrosse.

It is a traditional 1-4-1 formation in which the midfielder stands on the high point, the two midfielders are in the crease, two attackmen are situated on both sides, and the third attacker is in the back of the goal.

Basketball fans recognize this formation in the form of The High Stack, which is similar to the double mumbo, except there’s no striker in front of the basket.

This offensive game is where a player sets up a screen for another teammate with the ball before moving toward the goal or basket to catch the pass is an integral part of both sports.

In basketball, isolation plays occur when the best player receives the ball while the other players stay back. These plays usually involve the best player getting the ball at the top of the key, dribbling down the court, passing to another teammate, then shooting.

If multiple defenders guard him, he will pass to another teammate before attempting to shoot. Isolation plays allow the best player to get easy shots because if any of the defenders join the play, the shot will go uncontested. It’s common in both sports.

In defense, concepts such as rotations and help sides are common in the two games. In addition, defensive games like zone defense, in which a player is accountable for defending against all players within a particular area, are common in both sports.

An indoor space produces faster footwork among players, makes them more proficient with stick skills, and generally makes them more conscious of what’s happening during the game.

According to several Basketball college coaches who have won championships, they always recommend the next generation of Basketball players to play indoor Lacrosse. It is a simple way to become a more skilled, better player.

Below are some examples of how a Basketball player can develop into a more skilled and prudence player:

The box lacrosse game is fast. This alone suggests that a more effective player is born from indoor Lacrosse. However, check out the article and you’ll see that more shreds of evidence show that box lacrosse can produce an elite basketball player.

Box lacrosse is so fast because of the smaller field of play. There are far fewer out-of-bounds balls, meaning the ball remains in the game. Box lacrosse is a five-on-five game.

The 30-second shot clock is very effective and the game is extremely fast and bouncy, meaning the pace of play ensures that players get more repetitions and more opportunities to talk to coaches on the sidelines.

This instantaneous feedback ensures players know what’s happening during the game. It is similar to basketball. A more physically and quickly lacrosse game can also mean an easier mental game.

There aren’t any long poles that are used in box lacrosse. Therefore, defensive players must develop their bodies and feet for defensive moves.

In addition, the ball can move from the defensive position to the offensive position more quickly, which means players are taught to change positions at an increased speed. Basketball defenders adjust and learn how fast they can deliver the ball and provide clearance.

Defensemen must stay between the ball’s carrier and the net as the field of play is tiny. This makes a more intelligent, faster, proficient, and competent basketball defenseman.

Additionally, it is necessary to always be between the offensive and net box lacrosse players as better communicators.

Due to the restricted area, an offensive player must always be moving. Like defensive players, offensive athletes have to be excellent instant-an-instant communicators. Additionally, when you play in a smaller area, there will be defensemen draped over your hands.

Players need to understand how to move their bodies to avoid sticks from getting checked. In addition, the smaller space and the increased speed of play mean that stick handling gets more efficient and sturdier.

Furthermore, the smaller goal size (4 x 4 feet net in Box Lacrosse) implies that players must focus and be precise when they aim.

For example, in the box lacrosse training, basketball players can communicate with their teammates and maintain position, the pace of the match, and score on time.

How Playing Box Lacrosse Is Good for the Team

It is a fact that team members are always in communication with one another resulting in players who will be more observant and more in tune with their teammates as a whole. Therefore, having faster, more intelligent players will greatly benefit any team.

Box lacrosse’s popularity is increasing across the United States, with more girls and boys in high school and youth players than ever before. It’s a great game in its own right!

However, it can help improve the skills of players who are engaged in other sports. For instance, you just learned how Lacrosse, especially Box Lacrosse, can help basketball players develop their skills.

So if you are a Basketball player or engaged in the sport, or any other sport for that matter, consider Lacrosse practice to take your or your team’s skills to the next level! 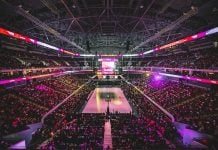 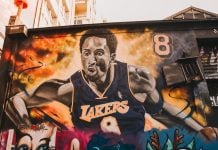 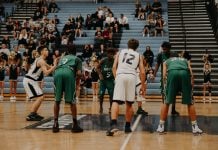 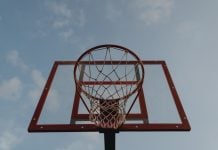 Win It Big: The Basics of Sports Betting

Lamar Odom found out his father was HIV positive during an...