NBA legend Jerry West was asked the question that everybody wants to know the answer to – who is his favorite player of all-time. His choice is the six-time NBA champion Michael Jordan.

“Probably my favorite player of all-time Michael Jordan. A lot of other incredible players I know and frankly been involved with. To me he epitomizes what I think is great in a basketball player. Someone who can play both ends of the court. His teams win. In the last quarter, he’s going to be there.

“More importantly, I love Michael like a brother. You get a chance to spend some time with him… he never changes. And that’s why I like him.” 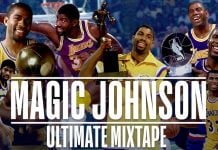 Jerry West on Kevin Durant: “My best guess, he won’t be traded”

Kevin Durant on Jerry West: “Almost like the godfather of our sport”