One-time All-star Dejounte Murray may be headed now to Atlanta.

But shockingly, the San Antonio Spurs’ asking price for him won’t be really that high.

Per Zach Klein of WSB, the Hawks are “on verge” of landing Murray, as they will ship a package of Danilo Gallinari and several first-round picks to the Spurs in exchange.

Klein has added that San Antonio would prefer a 2023 and future first-round pick from Atlanta. With this, the club would potentially gain their demands for the 25-year-old cager based on the previous reports of Bleacher Report’s Jake Fischer.

The Spurs may seem uninterested in acquiring John Collins, which may signal that they are now plotting to do a full-blown rebuild. The west coast team hasn’t made the postseason yet for three-straight seasons, following their dominant run from the past two decades with Tim Duncan, Tony Parker and Manu Ginobili.

As such, with Collins possibly remaining on their table, the Hawks may shop him again in the market and collect another key asset to build a much stronger support for franchise leader Trae Young.

Following their first-round downfall last playoffs, the Hawks look determined to make a statement in the upcoming 2022-2023 season. 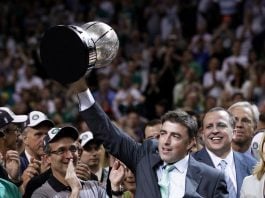 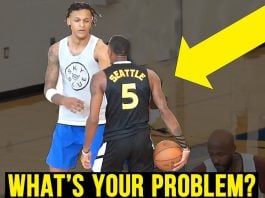