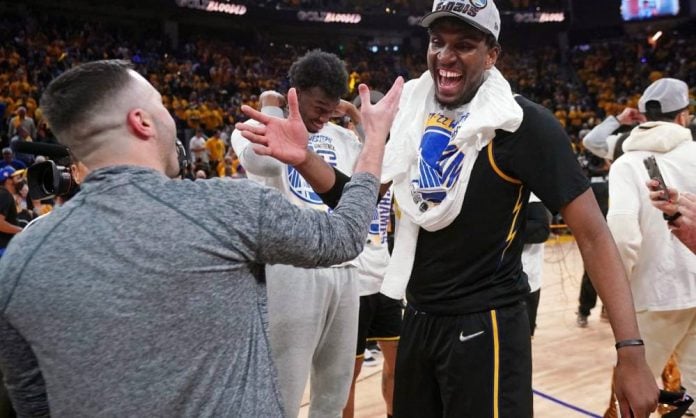 The Golden State Warriors are expected to meet with the representatives of Kevon Looney in the early portion of the free agency opening (h/t The Athletic’s Anthony Slater). Both sides may discuss a potential reunion, as the big man is slated to become an unrestricted free agent.

Added by Slater, the Warriors have no bigger or more urgent situation to tackle than the status of Looney. He noted that regaining the big man’s service is their main priority this offseason.

League reporter Marc Stein has penned down recently that rival teams have “growing pessimism” that Looney will leave the Bay Area and sign with a particular suitor. There’s also increasing expectation that both sides will strike an extended run.

These thoughts may serve as good signs for the Warriors’ intentions and composure to fully snag the veteran away and commit with them in a long-term picture.

Looney served as an integral component of the Dubs’ reemergence at the top of the NBA’s golden summit last 2021-2022 campaign. Suiting up in all of the team’s regular season and postseason games, his inside presence and rebounding were keys to its dominant showing for the fourth time in seven years.

The Milwaukee native has been in the club since he was drafted for the 30th pick of the 2015 Draft. He lastly inked a contract extension in 2019 to remain in Golden State via three-year, $15M deal.