The Golden State Warriors head coach Steve Kerr evaluates how Golden State’s rookie Jonathan Kuminga, who became the youngest player to start a playoff game since starters were officially tracked in the 1970-71 NBA season, played in Game 3 against the Memphis Grizzlies and pinpoints where the 19-year-old needs to improve: 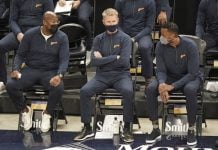 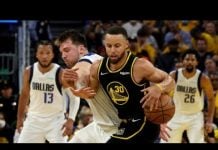 Steve Kerr: “Draymond is the key to our defense”