The Nuggets fell 0-3 in the first round series against the Warriors after narrowly losing Game 3 (113-118). Nikola Jokic led the losers with 37 points and 18 rebounds but his effort was not enough for the win.

Despite being on the brink of elimination, the Serbian center is not giving up and thinks that the effort showed by his team in Game 3 has shown that Denver can compete with Golden State.

“It’s not over,” the reigning NBA MVP said. “As long we put the effort like we did today we’re gonna be fine. They’re a great team but we showed ourselves that we can play with them and it can be really interesting game. So just continue to do that.”

Interestingly, Jokic is now on 7-game playoff losing streak despite scoring more than 20 points in each of those games. 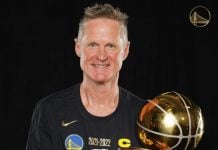 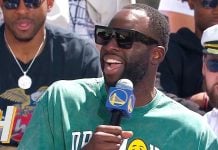