In this clip, former NBA star guard Gary Payton reflected on getting drafted with the No. 2 overall pick by the Seattle Supersonics in the 1990 NBA Draft.

He talked about playing his first professional regular-season game against Michael Jordan and quickly realized how much different the level of play was at the pro level versus college.

Gary also admitted to not working on his game during the first two seasons of his career and how that lack of work led to him being called a bust before turning things around with the arrival of new head coach George Karl: 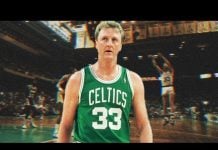 Gary Payton II says his dad isn’t the reason why he’s a great defender: “It was the only way I could get the ball... Gary Payton: Lakers have to make drastic changes for LeBron to be around 2-3 more years