There are currently 16 players leaguewide in the NBA’s health and safety protocols, as one player just entered, while another got cleared to play.

The latest player to enter the protocols was Washington Wizards forward Kyle Kuzma and he is out for tonight’s game against the Utah Jazz.

It’s currently unclear how long the 26-year-old will be out and how many games he will be forced to miss.

Meanwhile, Memphis Grizzlies guard/forward Dillon Brooks was in the protocols and is now available to play in tonight’s game against the Houston Rockets, the team announced.

The 25-year-old only missed one game due to protocols, so this means that he registered a false positive and he has since tested negative twice.

With the addition of Kuzma and the subtraction of Brooks, here is the full list of the 16 players currently in the league’s protocols per Davide Chinellato:

The Hornets and Bulls have five each, as that is the most for a team so far this season. 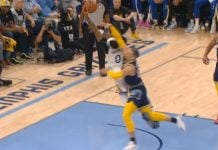 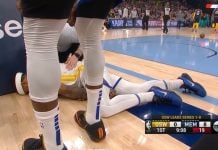 BREAKING: Dillon Brooks has been suspended for Game 3