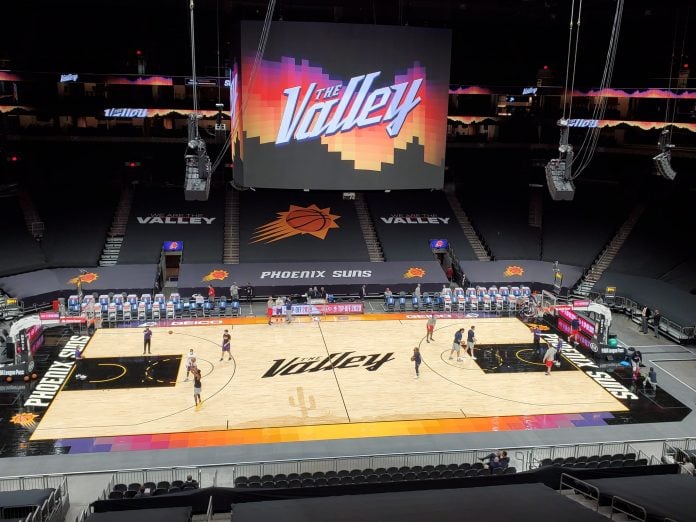 The Robert Sarver work place culture investigation is now progregressing from the works of the Wachtell Lipton firm — moving towards conducting an interview from past and present employees of the Phoenix Suns.

But now, the process is in jeopardy as the involvement of workers who signed non-disclosure agreements (NDAs) is placed in uncertainty.

As per Baxter Holmes of ESPN, the NBA and the Suns organization have declined to answer if these employees of concern will be released from the confidentiality agreement to avoid legal punishments if ever they spoke in the study.

A Suns spokesperson said the organization “is fully cooperating with the investigation” but declined to answer questions about the NDA release, citing the ongoing investigation.

NBA spokesperson Mike Bass also declined to answer the question, saying: “It would be irregular to detail the methods of any investigations while it is ongoing — as doing so could potentially prejudice or otherwise jeopardize the integrity of the investigation. All those participating will be assured that the process will be fair and impartial.”

– Baxter Holmes; As interviews begin in Phoenix Suns investigation, uncertainty remains over whether employees who signed NDAs can participate freely

Holmes added in his article that a one former Suns employee is “happy to speak” if they’re assured not to face any legal penalties, even expecting that the NBA will be on their side on the case.

But one former Suns employee told ESPN they remain uncertain about whether they can speak freely about their experiences in Phoenix, saying they would be “happy to speak” with the investigators if they are assured they will not face legal consequences. The employee is hopeful that “the NBA would have my back.”

– Baxter Holmes; As interviews begin in Phoenix Suns investigation, uncertainty remains over whether employees who signed NDAs can participate freely

Based under the Article 24 of the association’s constitution, Commissioner Adam Silver is empowered “with protecting the integrity of the game of professional basketball and preserving public confidence in the League.” The mandate includes allowing the commissioner to exercise freedom in “testimony and the production of documents and other evidence” from any member within the NBA.

Earlier this month, the league announced that it will conduct an in-depth investigation to determine the sexism and racist accusations against Suns owner Sarver. Since then, several former and present team staff have floated to reveal disturbing stories with the businessman as documented by ESPN.