As announced by the team in the NBA website, the No. 5 overall pick of the recent draft will only be evaluated every two weeks to check the recovery.

“On the positive side, that examination revealed that Suggs would not need surgery. Instead, the versatile combo guard will be evaluated every two weeks to gauge his progress and his return will ultimately depend on the healing of the bone.”

– Dan Savage; Injury Update: Jalen Suggs Will Not Need Surgery; Will Be Reevaluated Every Two Weeks

Suggs injured his thumb following a ball swipe by Philadelphia 76ers star Joel Embiid to attempt a steal on the attacking guard in Magic’s last game on Monday during the 4th quarter. He was then ruled out of the game and Orlando came up short to grab the win.

The Minnesota native rookie is averaging 12.3 markers, 3.6 assists, 3.4 boards while shooting 33.9 percent from the floor. He’ll try to heal up quickly to help the lifting of the Magic’s downing campaign so far this season. 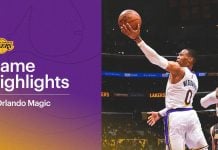 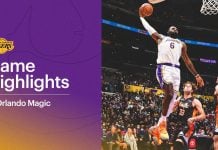 Joel Embiid explains why he had to take more responsibility for...