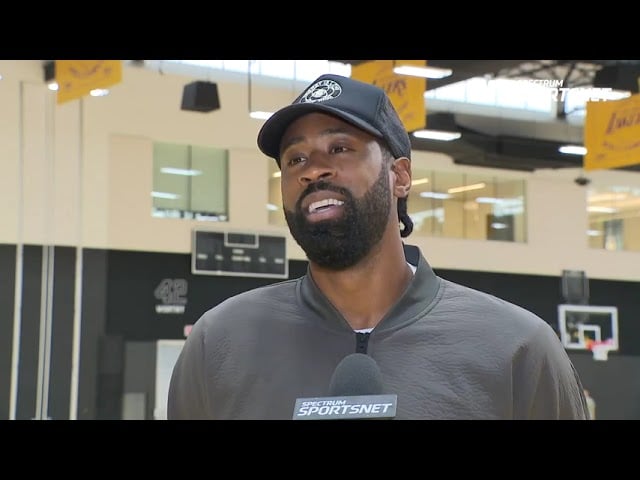 DeAndre Jordan will be putting on a purple and gold jersey, one he was used to seeing his opponents wearing, after signing with the Lakers. The 33-year-old center spent 10 years with the team’s city rivals the Clippers.

According to Jordan, it will be a different experience to play for a team that he was used to viewing as a rival. However, he says that the opportunity to compete for a championship was too good to turn down.

“It’ll definitely be a change. Playing for the Clippers in LA for 10 years you think ‘I’m probably never going to play for the Lakers’ or vice versa,” Jordan said. “But when opportunities like this come along, it’s kind of hard to pass these up. I’m excited just to be here and be a part of this organization and we’re chasing another title and I’m super excited to be a part really.”

Describing the role Carmelo Anthony will play with LeBron & the Lakers