The final days of the NBA Summer League are upon us! The Summer League is a great place to watch the pre-season and see your favorite stars as well as up-and-coming talents, new team tactics, squad form, and more, so you won’t want to miss it.

The off-season is a time for passionate debate, discussing drafts and transfers, and indulging in the fervor of a new season’s hype. It’s that time of the year, once again, to express oneself through basketball.

There’s been a slight change this time around. Before the Summer League this year, the champion would be decided via a single-elimination playoff bracket which included every team participating.

This year, however, the best two teams in the entire league will match up to compete for the grand prize based on a Summer League Championship tiebreaker. Even though the NBA’s Summer League is coming to a close, there’s still plenty to tune in to.

With six games of jam-packed action leading up to the main event – a clash between the Celtics and the Kings for the Summer League Championship – the post-lockdown pre-season has shaped up to be a very promising ride, with plenty of rookies already making themselves known and pitching themselves for the new season’s roster.

So, what can you do to tune in?

If you’re struggling to keep up with all the ball talk, find others who share your interests, or express yourself in the way you’d like to, visit BetterHelp for valuable advice and, if necessary, professional support.

ESPN is the place to be if you want to catch the action live. Even if you don’t have access to a TV, there’s plenty of ways to be involved.

ESPN provides its own streaming service via its ESPN Networks’ WatchESPN or the ESPN app. You’ll need a subscription if you want to avail of this service, and the same applies to NBA’s own nba.com/watch.

If you aren’t willing to splurge on the off-season just yet, you can get a free trial from services like:

Free trials generally last for several weeks, so they’re a good way to get a feel for whether or not the programming available is worth the splurge to you.

This option is especially useful If you happen to reside outside the US. Regardless, though, you can search for live streams on services like Twitch or Reddit.

Most sports have their own subreddits with live game streams, and the NBA is no exception.  We do recommend, however, trying these only if you’re unable to access any of the above-mentioned sources.

You’d be much better off paying a Sling TV subscription, for instance, and enjoying the games in high quality via fast network speeds.

Finding the best way to get the most bang for your buck may take some experimentation, but we promise you won’t regret it! 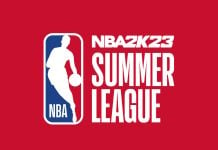 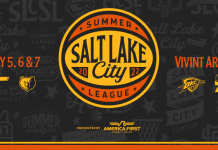 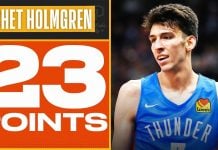