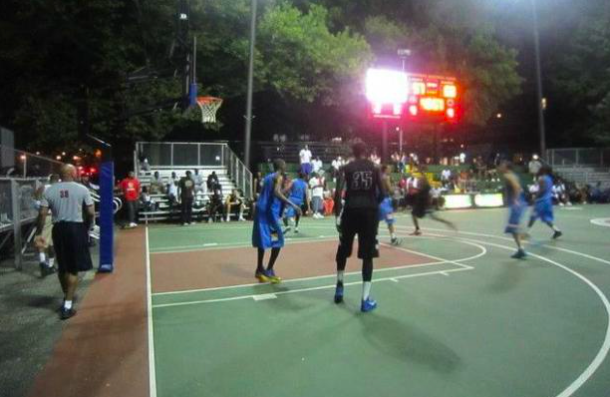 The renovation of the iconic court, located in Harlem includes repairing the tarmac, replacing the bleachers, backboards, baskets as well as the scoreboard. It also includes the addition of team benches and repainting. The backboards and baskets will be custom-made and will be provided by basketball suppliers, Spalding.

And while we have your attention, for the very best in casino and sports promotional bonus codes across a variety of sports, including esports, then head to promotionalbonuscode.com.

“We are incredibly honored to be entrusted with the renovation of Rucker Park,” NBPA executive director Michele Roberts said in a statement.

“The Rucker is legendary in the basketball world. Many of our past and present members honed their skills and established their reputations on this court.

“Through this renovation, we aim to preserve the rich history of the park while ensuring that future generations of players and the Harlem community as a whole — can further enhance its incredible legacy.”

The story of the Rucker Park dates back to 1950. Holcombe Rucker was a local teacher and playground director for the New York City Department of Parks and Recreation.

He started a basketball tournament in 1950 to help young kids in need to achieve their goals of reaching their college dreams.

It has also hosted the Rucker summer league, perhaps one of the best known basketball leagues staged in the off-season featuring many top streetball players as well as NBA players.

“The Rucker summer league, staged throughout Harlem, was a proving ground for top college and pro stars by the 1960s, and eventually came to call the courts at 155th Street and Frederick Douglass Boulevard home,” Chris Rucker, founder and CEO of Rucker Brand, said in a statement.

“Rucker Park will once again become that same proving ground with the assistance of the NBPA, NYC Parks, and [apparel brand] Legends, while realizing the vision of one man: Holcombe Rucker.”

Following completion of the much-needed renovation of the park, the NBPA Foundation will fund a new recreation position to provide programming at the park and the nearby Jackie Robinson Recreation Center.

The renovation began on Thursday and is hopeful to be completed by October.