Filip Petrusev is joining Anadolu Efes on a one-year deal, the club announced Tuesday. After one season in Mega Soccerbet, the talented big will make his debut in the EuroLeague.

Petrusev was drafted by the Philadelphia 76ers this year as the 50th overall pick and played in the Las Vegas Summer League.

Last season, the promising big dominated the ABA League by averaging 23.7 points, 7.6 rebounds, and 1.1 blocks in 21 games he played. He also shot an impressive 41.9 percent on 1.2 attempts from three.

The Serbian big will make his debut in the EuroLeague with the reigning champions. Petrusev will replace Sertac Sanli in Efes’ roster. 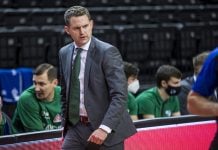 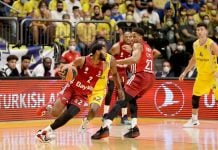 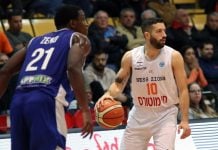 Lakers injury report vs the Warriors includes only one player

Can the Lakers build a strong defense with their roster?

Rand Paul: “Jonathan Isaac stands out for his courage to speak...

How is Gamstop related to basketball betting

Day Four Of 2021 NBA Preseason: Under-The-Radar Players Who Stood Out