It’s probably too early to make predictions about the NBA Draft for 2022, but we’re not going to let that stop us. We’ve always got at least one eye on the future, so we’re going to make that two eyes for a moment and try to find out how powerful our crystal ball is. We feel like we know who should be a stand-out pick in the 2022 Draft. All we need is for the players in question to continue their current development trajectory and prove us right!

We know that we risk ridicule by getting this wrong, but that’s part of the fun. When the draft is eventually made, you can either hail us for our foresight or laugh at us for getting things so horribly wrong. That’s all part of the fun, and we enjoy it. We won’t pretend to have any more chance of getting this right than someone who pays money to take a spin on the “Basketball Star” online slots game at Rose Slots for New Zealand players. You can kid yourself that you’re making smart bets when you’re playing online slots, but even if you understand the theme and the odds, you still can’t control the mechanism. The forces of fate determine your final outcome, and the same applies to these predictions. An online slots player cannot materially influence the outcome of a spin, and we can’t materially affect the performances of these players. All anyone can do in either scenario is to make their choice and cross their fingers – so let’s do that!

Jaden Ivey is all about the shot. He drew a lot of admiring glances during his freshman season with an 11.1 point average. He hits more often than he misses when he’s inside the arc and averages six three-pointers per half-hour. Take that away from him, and he’s probably an average player, but you could say that about almost any player if you stripped them of their best attribute. At 6’4″ and 200lbs he’s not a giant, but he doesn’t need to be because he has a high game IQ. Ivey reads the game so well that he almost has a 30-year-old-head on his young shoulders. Purdue will lean heavily on him this year, but if he plays a key role in them finishing top five, he’s assured a big future in the sport of basketball.

The Duke team is built around Paolo Banchero. That’s a testament to just how highly regarded this talented young man is. Some players get past the defence with power. Others do it with skill. Special players can use either depending on who they’re up against. At this early stage, Banchero looks like he might be one of those special players. He’s intense when he makes hard drives, and he picks up far more rebounds than most players he shares a court with. His shot-blocking could use some work, as could his positional sense, but rookies aren’t perfect. So long as his coaches keep pushing him to round out his game, he should go far.

2022 looks like it’s going to be a good draft year for anybody called Jaden. We expect to see people fighting over Jaden Ivy, and they might also be fighting over Jaden Hardy. Skipping NCAA was a bold move, but Hardy is committed to his path and unafraid to follow his own vision. Traits like Hardy’s sometimes suggest arrogance, but in his case, we think it’s more about belief. He doesn’t think he needs college-level development – he thinks he can already mix it with the pros. We’re interested to see whether he was right. We have no doubts about his ability as a shooter – he’s so gifted in that department that his past teammates nicknamed him “the assassin.” History tells us that NBA teams are willing to pay top dollar for players who can score no matter how well-organized the opposition defence is. Hardy has all the hallmarks of being precisely that type of player.

Athleticism. Versatility. Size. These are three factors that go into the making of any great basketball player, and AJ Griffin has them in abundance. So long as he holds onto them, there ought to be no stopping him. If ever any young prospect looked like a future high-achieving NBA wing, it’s AJ Griffin. The only thing he’s missing – and this seems like a strange thing to say about a prospective top draft pick – is pure basketball skill. He doesn’t need to prove anything to anybody about his athletic pedigree, but his all-around game could do with an uptick if he’s going to deliver on the potential that his athletic base has given him. He’s got time to work on it, though, and we feel reasonably confident in saying that Griffin will turn out to be a late bloomer.

Not everybody would take kindly to being called a “seven-foot unicorn” by the press, but Chet Holmgren doesn’t seem to mind. If you’re surprised to see his name appear in our article, you probably haven’t been paying much attention to youth basketball recently. This giant hasn’t filled out yet, but when his musculature catches up to his height, he’s doing to be a fearsome force on the court. He’s already capable of attacking off the bounce like a pro now, and he’s only going to get better in the future. When the time of the draft comes around, he’ll probably be the best shot-blocker involved in it. What might go in his favour more than any other factor is the fact that he’s much faster than anyone of his height should be. Holmgren’s mission for the next year should be to build muscle and add weight. If he does that, we’re looking at a future NBA All-Star – and you can quote us on that!

Are there other picks we could have made? Sure there are, but we’re happy with this set of five. We’d be amazed if they don’t all go on to have prominent futures as professionals within the sport. Talented youngsters don’t always turn out to be talented pros, but it feels like there’s something special in this group. Feel free to bookmark this page and come back to it when the draft happens so you can applaud or mock us as appropriate! 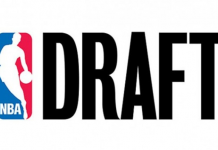 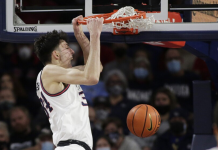 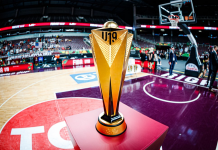