Markieff Morris thinks the current Lakers’ losing streak will benefit his team in the long haul. The Lakers’ forward spoke on the team’s recent struggles, after the 89-114 loss to the Utah Jazz Wednesday.

Morris, who started in place of the injured Anthony Davis, came close to a double-double, finishing the contest with 12 points and nine rebounds.

Frank Vogel’s team is on a four-game losing streak with more four games remaining until the All-Star break. The next three of those games are against Portland, Golden State and Phoenix. 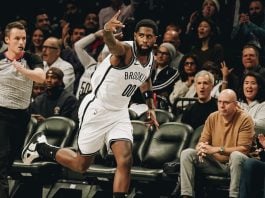