Despite several players opposing to it, the NBA is pushing ahead the plan for an All-Star Game. At the top of that, the league is also planning for the Dunk Contest and the All-Star Skills competition.

According to Adrian Wojnarowski, one of the players they hope to have in the NBA All-Star Skills competition is the Charlotte Hornets’ rookie LaMelo Ball.

“I’m told that one player the league would really like to get involved in that skills competition, is the Rookie of the Year favorite right now, Charlotte’s LaMelo Ball,” said Wojnarowski.

The NBA is planning for the Dunk Contest and the Skills Challenge taking place during the All-Star Game’s halftime break. Ball is one of the most fun players to watch in the league having huge impact for Charlotte in his rookie year.

Ball is averaging 14.6 points, 6.2 rebounds, and 6.1 assists a game — all leading among rookies this season — with the Hornets being among the teams favored to make the play-in tournament. 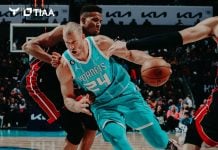 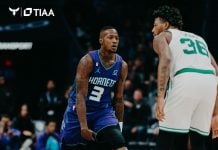