CSKA Moscow’s big man, Nikola Milutinov misses the rest of the season due to a shoulder injury. The Serbian center, after signing a big contract with CSKA Moscow this summer coming from Olympiacos, had an amazing season so far being named Euroleague MVP of the month in December.

Unfortunately, the player is out for the rest of the Euroleague season due to an injury to his right shoulder joint and he will most likely go through surgery.

CSKA Moscow is now out in the market for a new center that will replace Milutinov for the rest of the season. 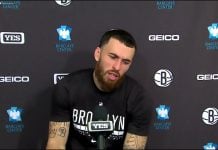 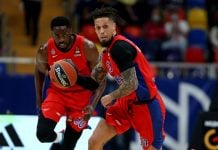 Kawhi Leonard says foot soreness is ‘nothing significant’ ahead of NBA...

“LeBron James is the greatest scorer of all-time” – Richard Jefferson...

Mario Chalmers recalls Pat Riley story: “He told me how many...