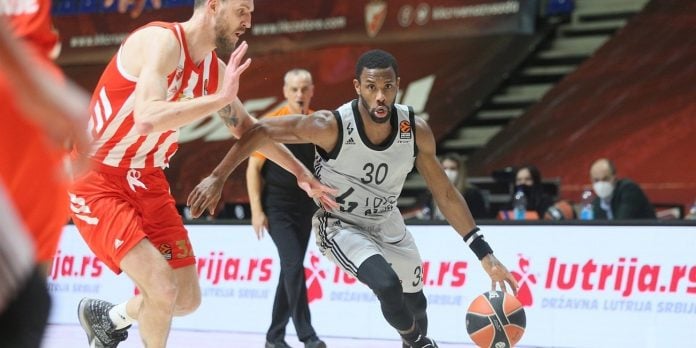 In the match against Crvena Zvezda, ASVEL collected its fourth consecutive victory by beating the Serbian team with a result of 78-81.

The French squad is still fighting for its chance to get in the Top 8 of the EuroLeague and in Round 23 Zvezda was standing on ASVEL‘s way. That didn’t bother Norris Cole and the company to celebrate at the end of the match.

But the road to this win was slippery. Full of ups and downs, especially in the final quarter due to the numerous lead changes and two ties.

Crvena Zvezda had a late awakening because the first half belonged to the guests. ASVEL was leading 45-38 after 20 minutes. But the home team changed the direction of the game by finishing the third quarter with only one point behind (56-57).

In the final part, it was really exciting for all basketball lovers except for those who were cheering for one or the other squad. And this quarter made the hero of Norris Cole who scored his 15 out of 22 points in this 10 minutes and grabbed crucial rebound 31 seconds left on the clock. Also, Cole made free throws in the lasts few seconds. Those free throws sealed the deal for ASVEL.