Drummond put up 33 points and grabbed 23 boards being a dominant force on both ends of the floor for the winning side. After his dominant outing, the veteran center addressed the trade rumors that surfaced the last few days, since the Cavs acquired Jarrett Allen from the Nets.

“I play the same way each and every night,” Drummond said, per Chris Fedor of cleveland.com. “The trade, it is what it is. There’s nothing I can do about that. If I do get traded, I don’t control that either. I’m just here to play basketball with whatever jersey I have on. That’s all I can focus on right now.”

After taking part to James Harden’s blockbuster trade, Cleveland has three starting caliber centers in its front-court rotation with Drummond, Allen and McGee.

With Allen fitting better in the Cavs’ current timeline, a trade for either McGee and Drummond could be on the way as in the modern NBA is difficult for three bigs to find enough playing time in one team.

Kendrick Perkins on Lakers: “They need a dynamic big like Andre Drummond” Dallas Mavericks focused on adding a center alongside Kristaps Porzingis, per report 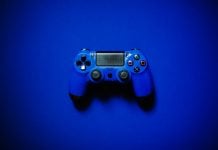 Best Gamers in the NBA

Kyle Kuzma thinks Damian Jones has a shot with Lakers

Mavericks could explore possibility of trading Kristaps Porzingis, per report