The Sacramento Kings have officially signed Hassan Whiteside, according to General Manager Monte McNair. The terms of the deal were not disclosed, but the veteran center is reportedly expecting to sign a one-year deal on the veteran minimum.

Whiteside returns to Sacramento, after his rookie season, where he was selected as the 33rd overall pick in the 2010 NBA Draft. 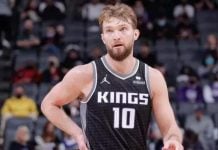