The Chicago Bulls are signing Noan Vonleh to an one-year deal, according to Adrian Wojnarowski. Vonleh started the previous season with the Minnesota Timberwolves, before getting involved in a multi-team trade to join the Denver Nuggets.

Vonleh, who the Charlotte Hornets picked ninth overall pick in 2014, previously appeared as a member of the Bulls down the stretch of the 2017-18 season.

The Indiana product is a seasoned journeyman, despite being 25-years old. He had his best season of his career so far during the 2018/19 campaign with the New York Knicks.

The Bulls had 15 active contracts on their roster. As a result, they will have to free a spot for Vonleh until the start of the 2020/21 season. 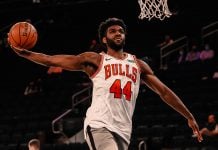 DeMar DeRozan no worries of a probable decline of his game: ‘There are so many ways to take care of yourself’ 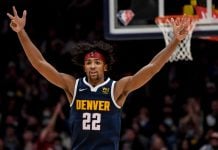