Fred VanVleet opened up about being a free agent this offseason and what his plans are regarding his new contract.

VanVleet has reportedly gathered interest from several teams, but it is also likely he will re-sign with the Toronto Raptors.

“I’m trying to get paid, man. I’m not shy about that. I don’t have to tell people that I value winning. Like, just look at my story, do your research, I’ve never been on a losing team in my entire life.

I won a championship and now it’s time to cash out. I’m 26. … I’m only four years in (to his NBA career) but I feel like I’m on the verge of blossoming even more, with more of a lead role,” VanVleet said, via John Chick of TheScore.

VanVleet was one of the best players of the Raptors last season, averaging 17.6 points, 6.6 assists, 3.8 rebounds and 1.9 steals. 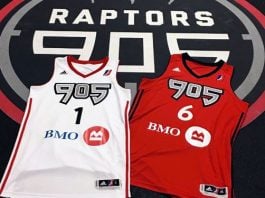