After winning the 2020 NBA Championship, the Los Angeles Lakers will eventually have to start thinking about ways to further improve the roster this offseason.

The Lakers have several players who are set to hit the free agent market, as all of them won’t necessarily re-sign.

There will be some reliable free agent options and the Lakers could reportedly look at five particular players, according to ESPN’s Bobby Marks.

Teague and Clarkson seem like the main options for the Lakers, as Teague could provide help at point guard with Rajon Rondo likely leaving.

Teague averaged 10.9 points, 2.4 rebounds and 5.2 assists per game this season with the Minnesota Timberwolves (34 games) and Atlanta Hawks (25 games).

The 32-year-old veteran would be a solid contributor as a starter or coming off the bench.

The Lakers also need more shooting and another scoring threat, which is exactly what Clarkson brings to the table.

Clarkson averaged 15.2 points, 2.6 rebounds and 1.9 assists per game this season with the Cleveland Cavaliers (29 games) and Utah Jazz (42 games), while shooting 36.8 percent from three-point and 45.4 percent from the field.

Clarkson averaged 2.4 threes per game in the series against the Nuggets and has developed into one of the best sixth-men in the NBA.

Even though Clarkson already spent a few seasons with the Lakers at the beginning of his career, he also played with LeBron James on the 2017-2018 Cavaliers team that made it to the NBA Finals.

Clarkson is an unrestricted free agent, so the Lakers could sign him without a trade.

Time will tell what the Lakers will ultimately do this offseason, but with James and Anthony Davis back leading the way, the team won’t need to go out and sign a superstar player or overhaul the roster. 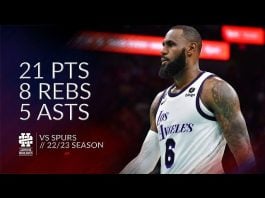