The NBA and NBPA have agreed that any guests brought in by players who aren’t members of their family should have a longstanding relationship with the player they’re coming to join.

That is according to ESPN, who reported as much on Wednesday with claims of having obtained a memo detailing the above.

“As the NBA prepares for the arrival of team guests into the bubble for the start of the conference semifinals this month, the league and its players’ association have agreed that non-family members must have “longstanding relationships” with those they’re visiting, according to a memo obtained by ESPN.

“The NBA and National Basketball Players Association negotiated terms that preclude players from hosting guests who would be deemed as wholly casual in nature, including “known by the player only through social media or an intermediary,” according to the memo.”

Per the memo, visitors without “an established pre-existing, personal and known relationship” will not be allowed into the bubble. Guests could join players as early as August 31, providing they test negative for COVID-19 and complete a quarantine period.

All second-round playoff teams will be allocated 17 hotel rooms for guests. 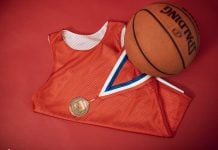 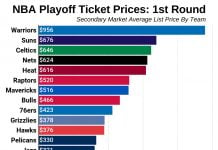