Kobe Bryant posted a video of himself pulling off a few wild dance moves when he was a 12-year-old last year after calling out a young female player on his daughter’s team for choosing a dance recital over basketball. And, thanks to past Los Angeles Lakers teammate Caron Butler, another Kobe dance video has hit the internet, with the retired NBA star taking to Twitter this week to share a never-before-seen clip of the five-time NBA champion breakdancing.

“Ran across this clip of my brother Kobe Bryant it made me smile,” Butler wrote as the caption.

Butler only played in L.A for a single season (2004/05) but he had a great relationship with Kobe, who considered him a brother.

“He and I hit it off really well with guys that shoot straight from the hip. They don’t BS you and do silly stuff. Because of that, he and I have been extremely close from Day One.”

The former Lakers star died in a tragic helicopter crash on January 26. He was 41. 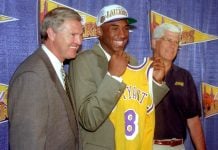 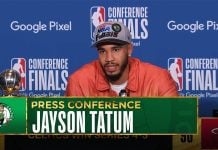