Jalen Green decided not to play basketball in college making the jump to the NBA development league. Green, considered a top-three pick in the 2021 NBA Draft, will headline the G League’s team of elite high school players.

As a result, Penny Hardaway, head coach of the University of Memphis, said he doesn’t agree with the decision of the G-League to recruit high-schoolers.

“I didn’t think the G League was built – and I could be wrong – to go and recruit kids that want to go to college out of going to college,” Hardaway said to Jason Munz of the Memphis Commercial-Appeal. “I thought they were going to be the organization that was going to be if you want to go overseas or you absolutely did not want to play college 100 percent, that this would be the best situation for you before you go into the NBA.

But taking guys out of their commitments (or) they’ve already signed and continuing to talk to their parents, it’s almost like tampering. I really don’t agree with that.”

On the other hand, Hardaway believes the NCAA’s recent decision to allow college athletes to profit off their name, image and likeness is a step in the right direction, but it may not be enough.

“What the NCAA can do is what they’re doing now,” the former NBA guard said. “Moving in the right steps of allowing kids to make money on their own name and likeness. I’m in favor of the name, image and likeness rule. Because it kind of helps us, as college coaches, kind of fight the battle with the G League and going overseas. It gives a kid a chance to make money (while playing college sports). The college experience, to me, was the best experience of my career in sports.”

Jalen Green: “You kind of look at LeBron like a super hero in a way” 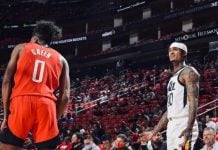 Rockets’ Jalen Green nabs historic feats in loss vs. Celtics; Amazed as he tied Michael Jordan in a remarkable record 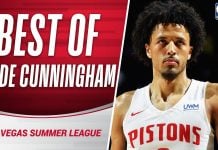