Rudy Gay revealed the two teams that were the favorites to win the title prior to the NBA suspension due to the coronavirus crisis.

According to the forward of the San Antonio Spurs, the Milwaukee Bucks and the Los Angeles Lakers were the two favorites to win the title.

“I don’t know, man. That’s the thing about the season, man, everybody could be beat. But I think as far as … because the most consistent (answer), Bucks or the Lakers. So those two teams.

Bucks, last year, they didn’t do what they thought they would. And I know it takes a couple of years. You’re a really good team, it takes a couple years for you to actually get to the Finals, and I thought it might have been their year,” Gay told Wosny Lambre of The Athletic.

The Bucks had the best record in the NBA at 53-12, whereas the Lakers were on top of the West with a 49-14 record. The two teams split their season series, with both winning at home.

The NBA has suspended the season for at least 30 days due to the outbreak of the coronavirus. 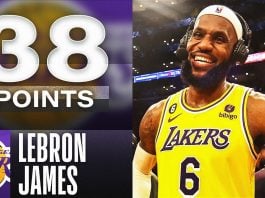