Croatian basketball portal kosarka.hr took an interview from Chris Finch, a head coach of Great Britain. 37-year-old American coach said that the chances to see Ben Gordon joining the national team are above 50%. The addition of Chicago Bulls guard should be a big boost for the team.
Ben Gordon is having one of the best seasons in NBA so far with 20.7 points and 3.8 assists per game.

Another Chicago Bulls star Luol Deng is already playing for Great Britain and helped his country qualify for Eurobasket 2009.

Chris Finch himself will be the youngest among head coaches in Poland. Though his debut at the top level competition will not be easy as Great Britain will have to face World Champions Spain, Serbia and Slovenia. 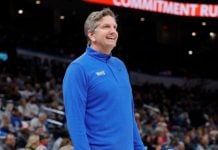 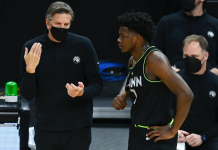