Greece will have a new coach in Eurobasket 2009. Panagiotis Giannakis will not do two jobs – coaching Olympiacos and Greece national team. Greece emerged as one of the top basketball powers in the world during Giannakis era.
He led Greece to the gold medals in Eurobasket 2005, silver medals in World Championship 2006, 4th place in Eurobasket 2007, 5th place in Beijing Olympics Games after losing in the quarter-finals against Argentina.

Pepu Hernandez, former coach of Spain national team, denied rumours that he was approached by Greek Basketball Federation. Though Greek media named another even bigger name – Ettore Messina. CSKA Moscow head coach is on the last year of his contract with the Russian giants.

Messina is a defensive minded coach who fits Greece national team style of play. Moreover, he has worked with two members of the national team – Nikos Zisis and Theo Papaloukas.

According to Sport24.gr, Fotis Katsikaris and Dusko Vujosevic are also among the candidates to lead Greece. 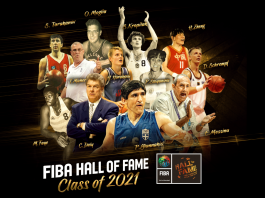 Ettore Messina on the difference between NBA and EuroLeague: “In the...

Ettore Messina on Manu Ginobili: “The greatest thing about Manu was...