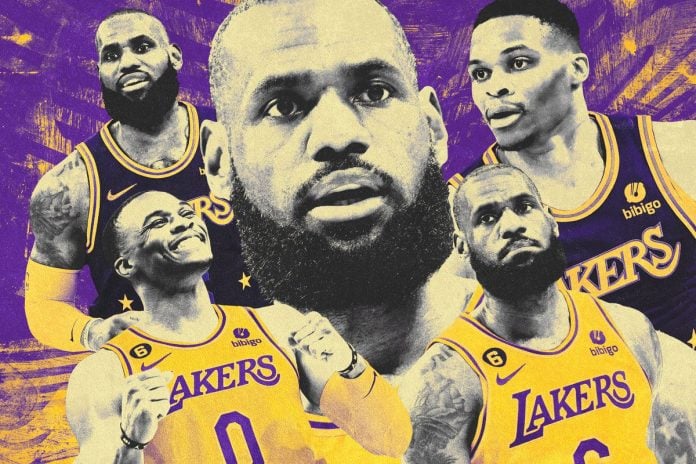 The Los Angeles Lakers are a real pain this season. The club’s fans were frankly pitied until mid-November. Their team has three of the 15 most expensive players in the league and a payroll of over $170 million. But the amount of money was inversely proportional to the result. It simply wasn’t there.The Californians were losing even games that even high school kids couldn’t seem to lose. They looked genuinely helpless. Even LeBron James’ detractors suddenly began to feel sorry for him, explaining how much he does for the team in his under-38 years. You can learn these and other sports news on the portal Cricket Betting 10, which will be exciting and valuable to fans of various sports disciplines.

LeBron has his own global goal, which wins and losses right now don’t affect much. Nevertheless, King is chasing the No. 1 spot on the list of the most prolific basketball players in the history of the NBA. And he’s very close to that remarkable accomplishment indeed.

But while LeBron is playing at his level, the other two “big trio” members have many questions. For example, on a salary of $47 million, Russell Westbrook was doing things on the court that would make opponents walk away from him at critical moments of the game and allow him to make free throws. The fact that he was moved from the starting five to the bench for the first time in his life also put tremendous pressure on the guard. He even tried to rebel at first but slowly accepted it.

It’s not all bad: The return of Davis

Anthony Davis finally recovered from multiple injuries, and he was the guy that was expected to make a lot of progress. The center with the skill set and shooting guard still ranks among the ten most dangerous basketball players in the NBA, which is why the offense should logically be built around him. Yes, Davis scored points, but they were sometimes enough to win. The opponent always did more, was more accurate, and was luckier.

Forty-four points + 10 rebounds in the game against the Bucks and a stunning 55 + 17 against the Wizards. The last time a Lakers player scored 99 points in two straight games was Kobe Bryant’s 2007 performance. Davis has finally made the talk about himself as a true star, and the Lakers have won eight of their last ten games. It hasn’t caused a tournament jump yet, but LeBron and company are already close to Oklahoma and Minnesota and are within three wins of the Warriors.

Purple and Gold’s social media is also abuzz and enthusiastic. The club’s fans finally have a real chance to rejoice and believe that their team can break the negative trends and fire off a winning streak to make the playoffs and contend for a championship.

There have been increasing rumors lately that the Lakers will try to save the season. However, to do that, they will have to take extreme measures. Namely, to trade Anthony Davis. The man, the club, once gave up so much but got a quick championship title.

Davis’ salary is less than James and Westbrook’s. That’s why it would be easier to trade him. Davis isn’t even 30 yet, so it’s perfectly possible to build a team around him. You have to be sure all of his numerous sorenesses are healed. For the past few seasons, Davis has sat next to his partners more often in non-game clothes than he’s gone out and dragged himself. Even this season, he’s only scored more than 30 points once. And this is at a time when the club desperately needs a hero.

Against the Lakers’ recent successes and Anthony Davis personally, some experts are urging the club’s management to think hard about the possibility of trading him after all. The market value of Anthony is very high right now. He’s on a roll again. But no one knows when the next of his many injuries will be known.

The Lakers are exploring the market, but they haven’t even traded Westbrook, who was awful in his first game month. The California club’s management is trying to figure out precisely what the team can do when all the players are close to max conditioning.