James Harden is one of the best scorers in the NBA. He has won three straight scoring titles through 2018-2020 while playing for the Rockets.

During the 2018-2019 season the superstar averaged 36.1 points per game. That year Houston reached the playoffs, but were eliminated in the conference semifinals by Golden State.

Despite being an elite scorer, Harden has never led his team the Finals. According to a former NFL star and Eagles linebacker Ike Reese, that is one thing that separates the Beard from the likes of Michael Jordan and Kobe Bryant.

“James Harden, he’s one of the greatest scorers ever, but what has that ultimately lifted his team to, right?” Reese said, per Michael Macasero of Sportskeeda.

“Guys that were great scorers, that were labeled sort of selfish. There are only a couple that removed that selfish label because their great individual ability lifted their teammates to titles, and that’s Mike and Kobe.

“Michael and Kobe, people wanna call ball hogs, but it led to championships.

“Harden, as great as an individual player he’s been throughout his career, he’s never really had the impact on his teammates to where it puts him in the ability to win a championship or just get to a title.”

This season Harden is averaging 22 points, 7 rebounds and 10 assists per game. He has only appeared in 9 games due to a foot injury. 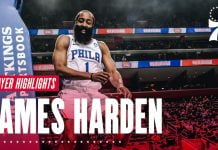 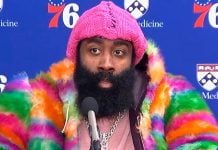