The Nets failed to record a second win in row as they fell against the Pacers (117-128). Kevin Durant led all scorers with 36 points in 39 minutes of play.

He was close to reaching a triple-double as he also grabbed 9 rebounds and dished out 8 assists. Despite a strong performance, KD took the blame for the loss, saying that his missed shots in the third quarter cost the game for Brooklyn.

“I feel like the 3rd quarter, I lost the game, I missed so many easy shots, open shots,” the two-time NBA champion said, per Nick Friedell. “If I’d have made those shots we would have had more of a cushion going to the fourth.” 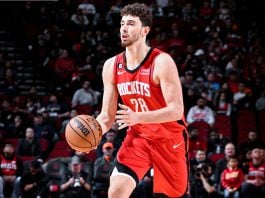