Head coach Michael Malone wasn’t pleased with the gestures of a courtside fan during the Denver Nuggets-Indiana Pacers duel.

Malone reached the conclusion of his patience and called crew chief Tyler Ford to finally ask the assistance of a police officer to escort the fan outside of the Gainbridge Fieldhouse on Wednesday.

Before it took place, it was reported that Malone was jawing against the said Indiana supporter. And in the postgame, he provided a brief explanation of what happened.

“(The fan) was just a little bit too aggressive, in my face, and I don’t react kindly to that, partner,” Malone said, per Denver Post’s Mike Singer.

Their exchange took place when the Nuggets were in the midst of their 18-point comeback to stun the Pacers in the end game, punching a 122-119 dub over the young ball club.

Foul trouble-stricken Nikola Jokic finished the match with 24 points, six assists and four boards in 21 minutes, capping off Denver’s night with a clutch jumper at the top of the key to give his club a two-point momentum with less than a minute left.

Five other Nuggets players contributed to the win with double-digit scoring, with Aaron Gordon and Jamal Murray producing 18 markers apiece. 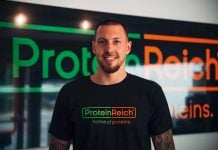