The Heat are having a tough start of the season. Miami dropped to 2-5 after their loss against the Kings (119-113).

Former NBA champions Paul Pierce and Kevin Garnett made a bold assessment of the situation, saying that the Heat’s window has closed.

These comments were not taken lightly by Miami’s veteran Udonis Haslem to whom this is 20th season the NBA. The 40-year-old forward, who was part of the battles between the Heat and the Celtics in the early 2010s, slammed the former stars.

“No matter what you say, it won’t change that ass whooping y’all took back in the day!!! I know a lot about windows closing cause we slammed y’all shit and locked y’all suckas out forever ever!!! #L7 #6gamesinyallalreadyhating” Haslem wrote on Instagram.

The Celtics won their last NBA championship in 2008 with Pierce and Garnett. Since LeBron James and Chris Bosh joined the Heat in 2010, Miami went to four straight finals, eliminating Boston in the playoffs in some years. Udonis Haslem on what he learned from LeBron James 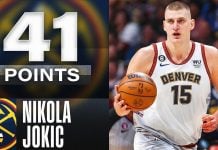 Paul Pierce: Anthony Davis is the only one in NBA who can match up with Giannis