Former NBA veteran Jamal Crawford wants you to know whatever you’re going through, music will get you through.

“Music gets you through…,” Tweeted Crawford.

The ex-20-year vet is known for tweeting the phrase that reads another day, another opportunity in the morning to get his day started.

Jamal Crawford was recently asked about how much does Young’s game remind him of his own.

“His mentality, his elusiveness, his shiftiness, and his fearlessness. I see those attributes for sure,” said Crawford.

Crawford earlier this summer invited Young to Seattle to play in his Pro-Am along with his teammates John Collins, and Seattle native Dejounte Murray. Murray was recently trade to Atlanta along with Jock Landale for Danilo Gallinari, three first round picks, and a pick swap for 2026, according to NBA.com. 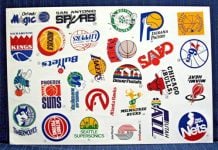