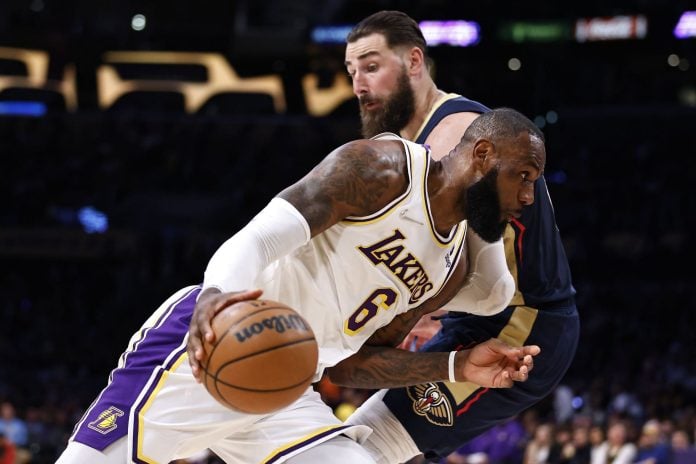 LeBron James is widely considered as one of the game’s finest players, but the level of perception and acceptance about him truly varies.

While the majority of fans are perhaps glorifying him, Jonas Valanciunas has other thoughts for the future hall of famer.

Going for a media appearance in Lithuania’s Nesiaukite Live, the New Orleans Pelicans center was tasked on a game of charades to impersonate James.

And he didn’t shy away from revealing his hilarious impression.

No one deeply knows what Valanciunas has in his mind upon showing those, but indeed James has his fair share of controversial actions connected to these given gestures throughout his career.

As a former member of the Toronto Raptors, Valanciunas has notably encountered James on plenty of Eastern Conference showdowns.

With the Cleveland Cavaliers, LeBron ousted Valanciunas and the Raps for three-straight postseasons, including a dominant back-to-back second round sweeps in 2017 and 2018.

LeBron James will continue to wear No. 6 despite NBA retiring it to honor Bill Russell