The dramatic quest to earn a place among the Turkish Airlines EuroLeague elite by surviving the most intense 7DAYS EuroCup season ever lies at the heart of “Road to Greatness”, the newest Insider Euroleague Basketball Documentary.

Enjoy a 53-minute journey through the most competitive EuroCup season ever following the introduction of a novel single-elimination, do-or-die playoff system that produced major upsets, Cinderella stories and unpredictability all the way to the championship game.

Ultimately, only one team could survive.

“Partizan is something special, more than special for me,” Obradovic said. “I understand that the job is very tough, very difficult. We have a young team with some experienced players. However, the only way is to be in the gym and continue to work very hard. And I will be happy of all my players come close to have this feeling for Partizan that I have.”

“I was in Virtus Bologna when I was 14-15-16 years old, and then I went to the NBA for 13 years,” Belinelli recounts. “To be here with Virtus Bologna, with this organization, for me it is amazing, especially because I had the possibility to stay close to my family… So every practice, every game, I try to be ready and try to give everything for this team.”

“Road to Greatness” joins a long list of premium, long-form content from the Euroleague Basketball Originals platform. Among the other features can be found “Land of MVPs”, “Back to Basketball”, and “Limitless: Vassilis Spanoulis”. 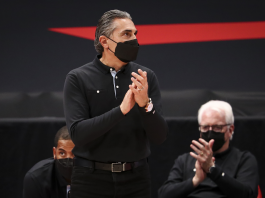